The Brandermill Ambassador Program (Branderbassadors) helps unite Brandermill Community members in a partnership with area schools within the Chesterfield County School System. Whether every day, once a week, once a month or once a year, volunteers play a vital role in the success of our students and our schools. Join us, together we can make a difference in our community and the future! 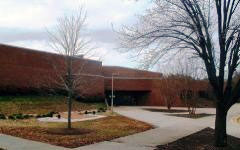 Swift Creek Elementary School opened its doors in August of 1983 with a student population of 734, and ended the school year with 787. Currently the school attendance area is composed of the majority of neighborhoods in Brandermill, Watermill, Edgewater, Mill Crest, and Waterviews on the Reservoir. Students from Swift Creek Elementary School attend Swift Creek, Tomahawk Creek and Manchester Middle Schools and Clover Hill and Midlothian High Schools. 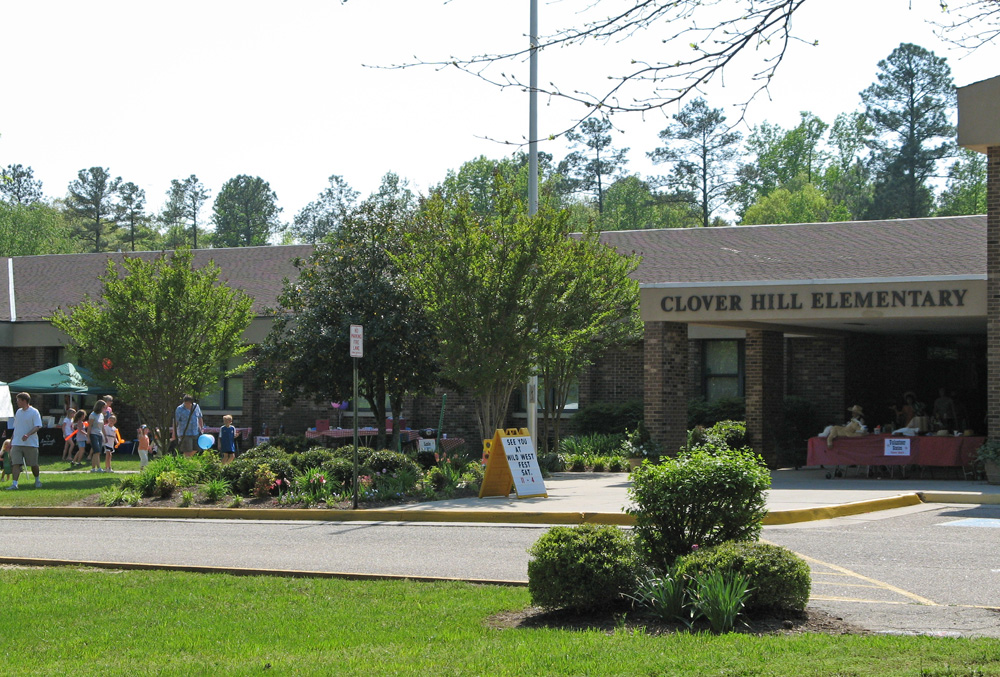 Built on timbered woodland in Brandermill’s sister community, Clover Hill Elementary School (CHES) opened its doors in September of 1986. The school derives its name from Clover Hill Plantation, one of Chesterfield County’s oldest land holdings, dating back to 1670. Nestled among the neighborhoods of Woodlake, CHES serves approximately 800 students in grades kindergarten through fifth grade. CHES continuously identifies and responds to new and changing educational needs to ensure student success. Concern for children remains the number one priority. In 2003, CHHS was a National Blue Ribbon School Award recipient, and in 2008 the school received the VCU Center for Economic Education Award and the Children’s Engineering Award. CHES has maintained an award-winning staff, who with the support of its dedicated families and community, remains one of the finest elementary schools in the Commonwealth of Virginia. 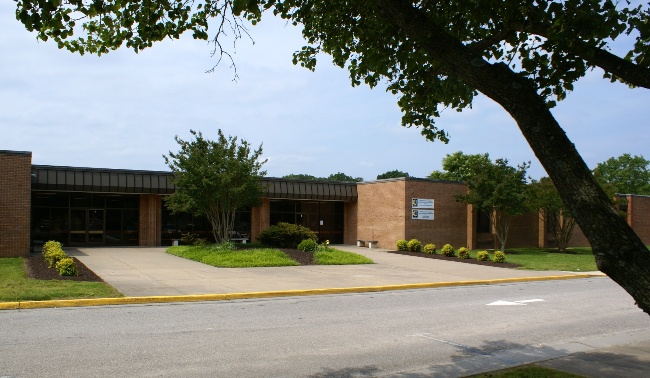 Ground-breaking for the new school at the intersection of Brandermill Parkway and Old Hundred Road took place on September 26, 1977, and the school officially opened on August 27, 1979. Built on 42 acres and costing approximately $5.5 million, SCMS was originally designed for 1,000 students. Because of the tremendous growth in northwestern part of the county, the school opened over capacity with 1,243 students. This prompted construction of 12 additional classrooms, which was completed in time for the next school year. In the spring of 2011, SCMS opened its new auditorium and remodeled performing arts classes.

Today, SCMS serves approximately 1,000 students and continues its tradition of excellence. Starting in the fall of 2013, SCMS will be one of the first middle schools to be trained in Project Based Learning (PBL), which will provide another avenue for teaching 21st century skills. SCMS offers several high school credit courses, including Latin I and II, Spanish I and II, French I, Algebra, Geometry, Foundations of Technology, and Earth Science.

Beginning in 2013, rising 6th-grade students may apply to the Honors T.E.A.M.S Institute for gifted and high achieving students. “TEAMS” is an acronym for technology, engineering, arts, mathematics, and science, which is at the heart of the new program. One of its primary goals is to provide high-achieving students the opportunity to excel beyond the standard curriculum through enrichment and exploration.

SCMS also encourages students to engage in volunteerism and the spirit of giving in order to become responsible citizens and leaders. Those who complete 30 hours of community service are recognized at the end-of-the-year awards ceremony. During the first year of the program between 2013-2014, SCMS students completed over 3,800 hours of service.

The mission of the CCPS is to work in partnership with students, families and the community to ensure that each student acquires the knowledge, skills and core values necessary to achieve personal success and to enrich the community.

Tomahawk Creek Middle School, located in the northern part of Chesterfield County, celebrated its inaugural year in September 2008 at 1600 Learning Loop Place in Midlothian, Virginia. The community is rapidly growing and includes progressive upwardly mobile suburban areas. Tomahawk Creek flows through the community that includes the land on which TCMS was built. The Mill Crest neighborhood in Brandermill feeds into TCMS.

Tomahawk Creek Middle School includes a student body of approximately 1290 students in grades 6, 7 and 8. Each grade level includes three teams that are named after Virginia university mascots. The school has a faculty of approximately 76 teachers, 42% of whom hold Master’s degrees or higher, 4 counselors, 2 librarians, 3 administrators and one School Resource Officer. Tomahawk is on an alternating block schedule with 4 classes that meet on odd or even days, according to calendar date.

Academic Achievements. TCMS takes pride in our student body with focus upon growth and development in character, leadership, technology and academics. TCMS is fully accredited and met AYP (Adequate Yearly Progress) as measured by standardized test scores and other Virginia Department of Education (VDOE) requirements. The SOL and Accreditation scores for TCMS may be located at the following web site: https://p1pe.doe.virginia.gov/reportcard. Honors, gifted and comprehensive courses are offered along with High School Credit courses in Algebra, World Languages and Earth Science. English, Math, Science, Social Studies, Fine and Performing Arts, Family and Consumer Science, Health and Physical Education courses round the TCMS curriculum offerings. An Exploratory class is offered in 6th grade which consists of quarterly rotations in Art, Theatre, Family and Consumer Science, and International Languages.

Highlighted Successes. Students are recognized throughout the year for multiple achievements. Core values are celebrated and teams nominate students for Student of the Month. A Principal’s Advisory Council (PAC) provides valuable leadership along with Student Council Association representatives from all grade levels and teams. Theatre productions along with band, chorus, orchestra and fine arts yield rich opportunities for student recognition. The World Language department hosts a wide variety of events to celebrate other cultures and languages. Multiple clubs, organizations and athletic teams provide special opportunities for growth and success. Athletic opportunities include intramurals, mountain biking, and physical fitness as well as basketball, soccer, and cross country. These teams have a history of successes including district and county championships. TCMS students have won the PTA Reflections contest for Chesterfield County and for the Commonwealth of Virginia.

Faculty and Staff Highlights. TCMS is proud and honored to recognize an annual Teacher of the Year. Other honors and accomplishments include the JMU Distinguished Faculty award winner, VCU Clinical Faculty, and many Board Certified teachers on staff. On a monthly basis, awards are presented for Teacher of the Month, Employee of the Month, and the Silver Paw award. 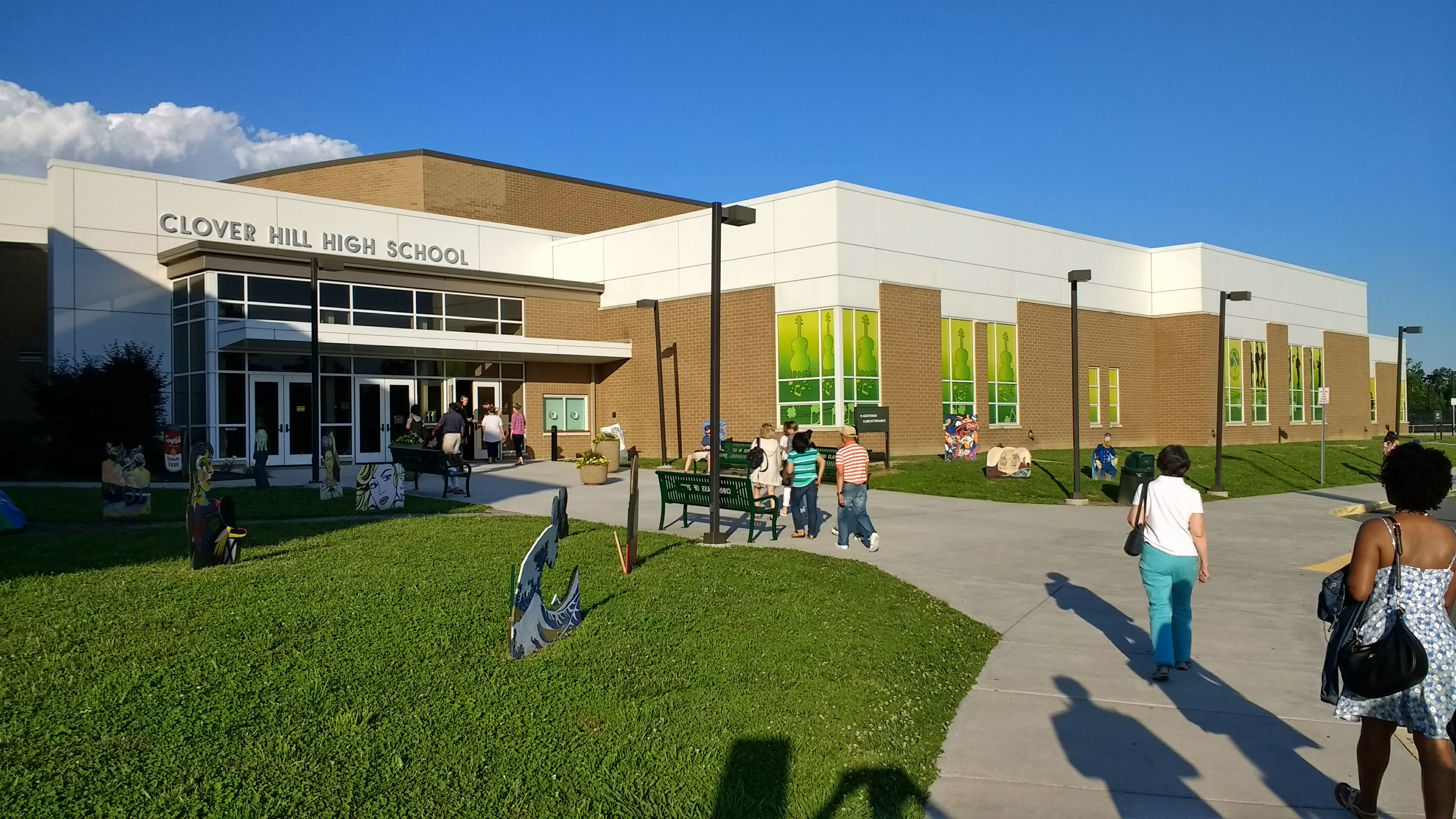 Replacing the old Clover Hill High School on Hull Street Road, the new facility cost $66.8 million. The state-of-the-art building is entirely wireless and “green” with programmed lighting and the implementation of recycling and environmentally friendly measures.

Pods at CHHS serve to group students and areas of study together, so that each classroom within a particular pod is immersed in a common area of study. The main CHHS building contains a ninth-grade pod, humanities pod, math and science pod, and a career and cultural arts studies pod.

Clover Hill High School was named one of America’s Best High Schools for the third year in a row by Newsweek Magazine. It is in the top 4 percent of all high schools in the nation according to MSNBC’s Challenge Index and offers Advanced Placement classes to many students. CHHS has a Mathematics and Science High School partnership with Virginia Commonwealth University and John Tyler Community College, offering a total of 13 dual enrollment courses.